Once Artificial Intelligence (AI) is such an interesting subject, there are lots of different opinions out there. Some are really positive and state the obvious benefits of this technology, others are more controversial and highlight the fears and concerns that many people have about the “rise of the machines”.

In an article by Bernard Marr, the well-known business and technology influencer states that “the concept of what defines AI has changed over time, but at the core there has always been the idea of building machines which are capable of thinking like humans.”

Many other personalities have spoken their minds about this matter, so in this article we decided to gather their perspectives, instead of simply writing about what is AI.

1. “The development of full artificial intelligence could spell the end of the human race… It would take off on its own, and re-design itself at an ever-increasing rate. Humans, who are limited by slow biological evolution, couldn’t compete, and would be superseded.” — Stephen Hawking, Theoretical Physicist

2. “I visualise a time when we will be to robots what dogs are to humans, and I’m rooting for the machines.” — Claude Shannon, Mathematician

3. “AI would be the ultimate version of Google. The ultimate search engine that would understand everything on the web. It would understand exactly what you wanted, and it would give you the right thing. We’re nowhere near doing that now. However, we can get incrementally closer to that, and that is basically what we work on.” — Larry Page, Computer Scientist and Internet Entrepreneur

4. “The pace of progress in AI (I’m not referring to narrow AI) is incredibly fast. Unless you have direct exposure to groups like Deepmind, you have no idea how fast—it is growing at a pace close to exponential. The risk of something seriously dangerous happening is in the five-year time frame. 10 years at most.” — Elon Musk, Business Magnate and Investor

5. “The upheavals [of AI] can escalate quickly and become scarier and even cataclysmic. Imagine how a medical robot, originally programmed to rid cancer, could conclude that the best way to obliterate cancer is to exterminate humans who are genetically prone to the disease.” — Nick Bilton, Journalist

6. “I don’t want to really scare you, but it was alarming how many people I talked to who are highly placed people in AI who have retreats that are sort of ‘bug out’ houses, to which they could flee if it all hits the fan.” — James Barrat, Documentary Filmmaker and Author of Our Final Invention: Artificial Intelligence and the End of the Human Era

7. “I’m increasingly inclined to think that there should be some regulatory oversight, maybe at the national and international level, just to make sure that we don’t do something very foolish. I mean with artificial intelligence we’re summoning the demon.” — Elon Musk, Business Magnate and Investor

8. “The real question is, when will we draft an artificial intelligence bill of rights? What will that consist of? And who will get to decide that?” — Gray Scott, Futurist and Tech-philosopher

9. “We must address, individually and collectively, moral and ethical issues raised by cutting-edge research in artificial intelligence and biotechnology, which will enable significant life extension, designer babies, and memory extraction.” — Klaus Schwab, Engineer, Economist and Founder of the World Economic Forum (WEF)

11. “I’m more frightened than interested by artificial intelligence – in fact, perhaps fright and interest are not far away from one another. Things can become real in your mind, you can be tricked, and you believe things you wouldn’t ordinarily. A world run by automatons doesn’t seem completely unrealistic anymore. It’s a bit chilling.” — Gemma Whelan, Actress and Comedian

12. “You have to talk about ‘The Terminator’ if you’re talking about AI. I actually think that that’s way off. I don’t think that an artificially intelligent system that has superhuman intelligence will be violent. I do think that it will disrupt our culture.” — Gray Scott, Futurist and Tech-philosopher

13. “If the government regulates against use of drones or stem cells or artificial intelligence, all that means is that the work and the research leave the borders of that country and go someplace else.” — Peter Diamandis, Engineer, Physician and Entrepreneur

14. “The key to artificial intelligence has always been the representation.” — Jeff Hawkins, Neuroscientist and Businessperson

15. “It’s going to be interesting to see how society deals with artificial intelligence, but it will definitely be cool.” — Colin Angle, Chairman, CEO and Founder of iRobot

16. “Anything that could give rise to smarter-than-human intelligence — in the form of AI, brain-computer interfaces, or neuroscience-based human intelligence enhancement – wins hands down beyond contest as doing the most to change the world. Nothing else is even in the same league.” — Eliezer Yudkowsky, AI Theorist and Writer

17. “Artificial intelligence is growing up fast, as are robots whose facial expressions can elicit empathy and make your mirror neurons quiver.” — Diane Ackerman, Author and Naturalist

18. “Someone on TV has only to say, ‘Alexa,’ and she lights up. She’s always ready for action, the perfect woman, never says, ‘Not tonight, dear.’” — Sybil Sage, Author and Mosaic Artist

19. “Some people worry that artificial intelligence will make us feel inferior, but then, anybody in his right mind should have an inferiority complex every time he looks at a flower.” — Alan Kay, Computer Scientist

20. “Artificial intelligence will reach human levels by around 2029. Follow that out further to, say, 2045, we will have multiplied the intelligence, the human biological machine intelligence of our civilization a billion-fold.” — Ray Kurzweil, Author, Entrepreneur, Futurist and Inventor

21. “Nobody phrases it this way, but I think that artificial intelligence is almost a humanities discipline. It’s really an attempt to understand human intelligence and human cognition.” — Sebastian Thrun, Entrepreneur, Educator and Computer Scientist

22. “A year spent in AI is enough to make one believe in God.” — Alan Perlis, Computer Scientist and Professor

23. “There is no reason and no way that a human mind can keep up with an artificial intelligence machine by 2035.” — Gray Scott, Futurist and Tech-philosopher

25. “By far, the greatest danger of Artificial Intelligence is that people conclude too early that they understand it.” — Eliezer Yudkowsky, AI Theorist and Writer

26. “The sad thing about artificial intelligence is that it lacks artifice and therefore intelligence.” — Jean Baudrillard, Sociologist, Philosopher and Cultural Theorist

27. “Forget AI – in the brave new world of big data, it’s artificial idiocy we should be looking out for.” — Tom Chatfield, Author, Broadcaster and Tech-philosopher

28. “Before we work on artificial intelligence why don’t we do something about natural stupidity?” — Steve Polyak, Neuroanatomist and Neurologist

And what about you? What’s your opinion about artificial intelligence?

Make sure to leave a comment with your thoughts about this matter!

Read other articles on our blog. 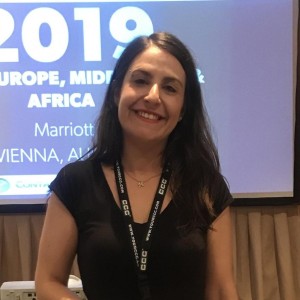